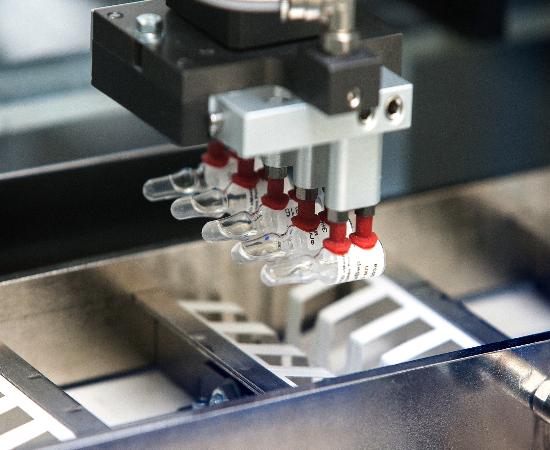 The Scientific and Production Association Microgen of the Naсimbio holding (Rostec State Corporation) becomes the first among Russian manufacturers to confirm the stability of the vaccine virus strain and the quality of production of domestic tick-borne encephalitis vaccine at the gene level in compliance with the WHO guidelines. Until today, no domestic tick borne encephalitis vaccine has undergone similar molecular and biological studies.

The work began in 2012 and was implemented jointly with the specialists of the Scientific Centre for Expert Evaluation of Medicinal Products of the Ministry of Health of the Russian Federation. The biological and genetic stability of strain No. 205 (Far Eastern subtype of the reference strain) of tick-borne encephalitis virus used for the production of inactivated EnceVir vaccines (for adult vaccination) and EnceVir Neo (for vaccination of children) was studied.

The aim of the research was to confirm the biological and genetic homogeneity of the virus strains used in the production of vaccines during their multiple passaging and long-term storage in relation to the standard variant of the strain with high antigenic and immunogenic properties, which make it possible to develop durable immunity to the virus during vaccination.

According to the results of the research, the vaccines Encevir and Ensevir Neo are the first among Russian analogues to confirm the biological and genetic stability of the tick-borne encephalitis virus strain used and, accordingly, the stability of manufacturing process itself.